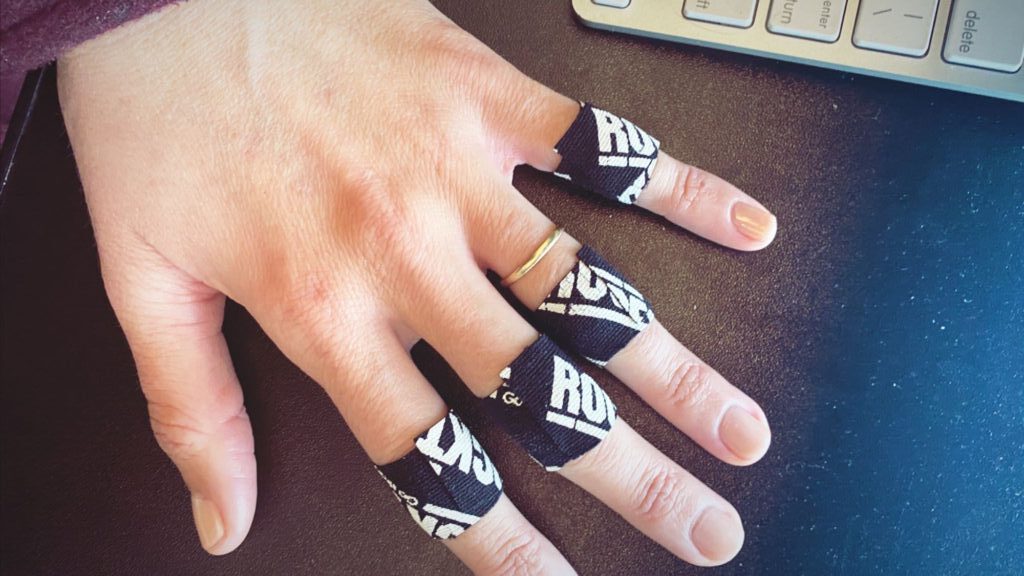 I wanted to tell you about a patient I have with Ehlers-Danlos Syndrome (EDS); RockTape has been instrumental in her daily function.

My patient has Ehlers-Danlos and Chiari Malformation. The EDS causes ligaments to be very loose causing multiple subluxations throughout her body (ribs, extremities, and spine) with high frequency. This causes her pain* and dysfunction. The Chiari Malformation has been surgically reduced without complete resolution of symptoms, she is seeking more treatment for it. 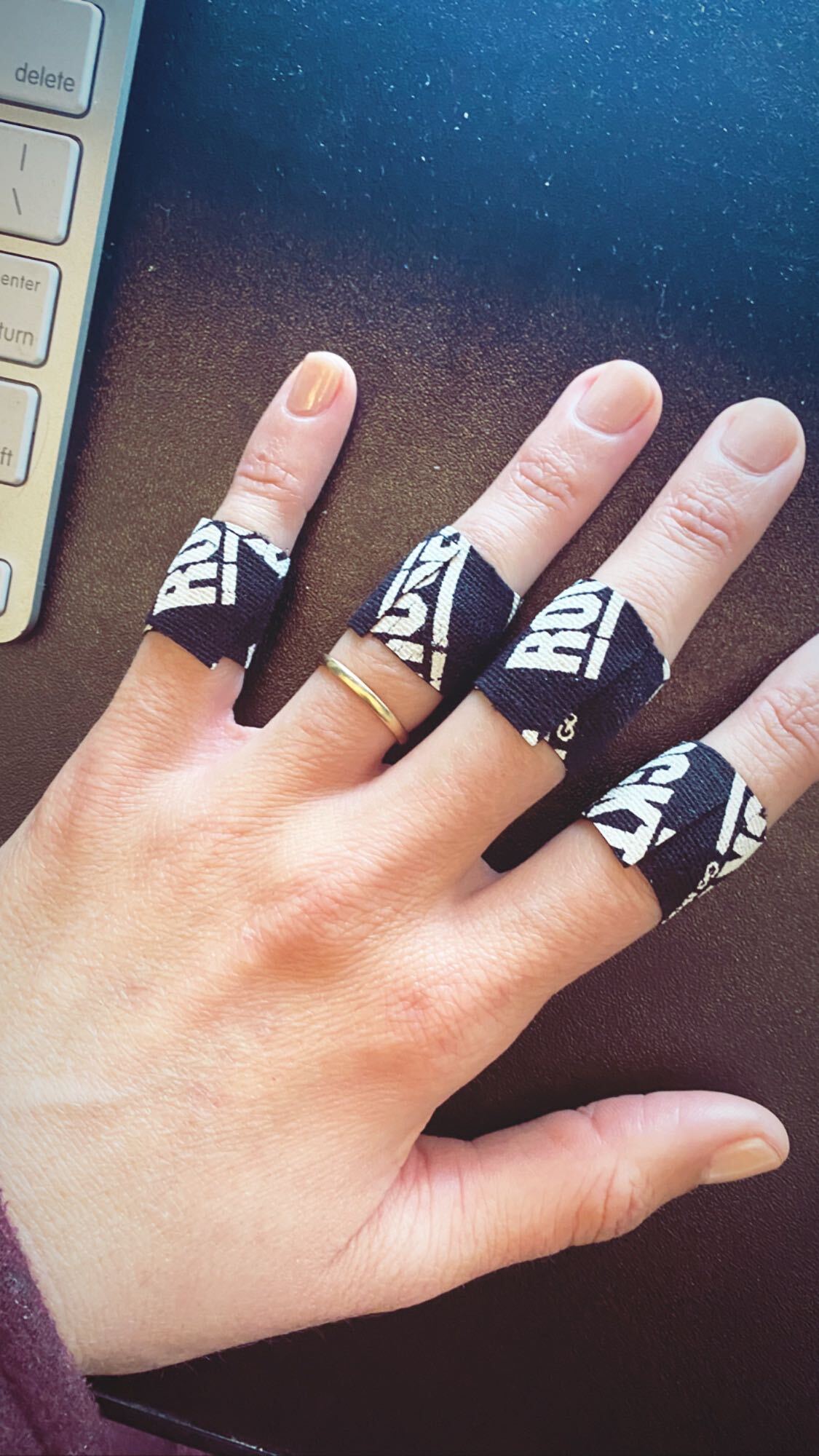 For the last 3 months, she has been using RockTape to stabilize her fingers after they sublux. The tape provides enough stability to hold the joints steady, yet flexible enough to allow her to still perform her job (mostly typing). She’s tried other brands and none give her the ability to type with the tape on. It is sticky enough that she can take it off and put it back on multiple times as her fingers are very sensitive to touch. Before using the tape her fingers would sublux multiple times in a row causing much bruising and pain.* During each episode she would spend a few days realigning her fingers and hardly using them before her fingers would stay in place. Also, she uses the tape at night on her ankles to prevent pain* in the morning from over stretching the ligaments due to the blankets. She has multiple subluxations of her ribs and shoulders, I began teaching her how to tape those as well. This condition (Ehlers-Danlos Syndrome) has caused her many problems her whole life and with RockTape she is able to function almost normally. She is very grateful for the freedom it has given her.

Thank you for producing a product that can be used in many ways to reduce pain* and dysfunction.