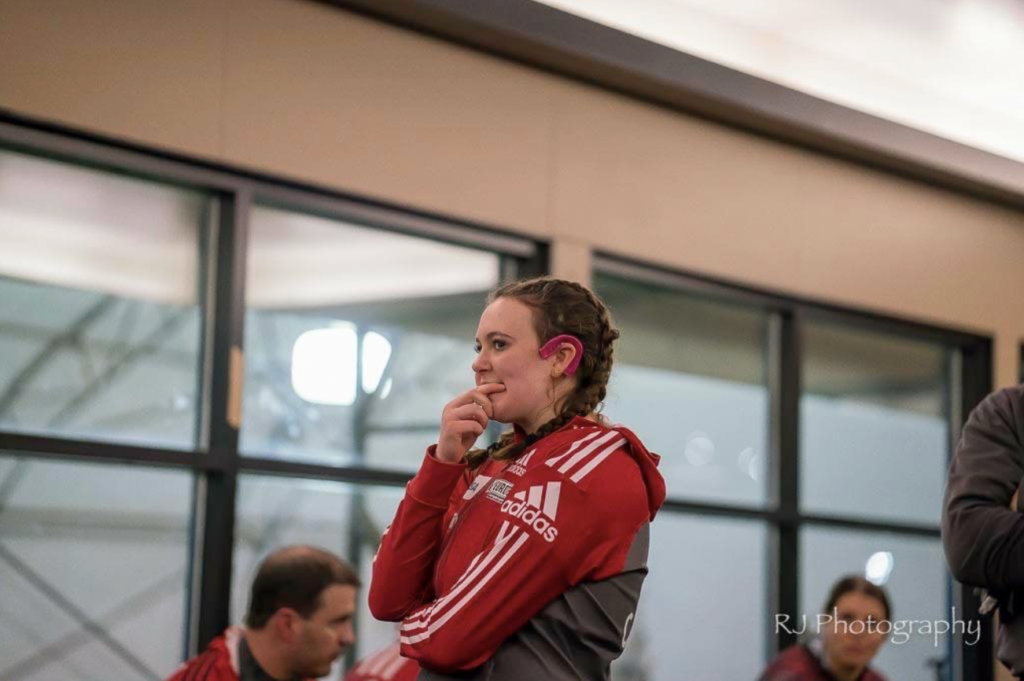 Hello! My name is Emily and I’m super excited to be one of RockTape Canada’s newest athletes. I’m an 18 year old pilot in what’s known as the fastest sport on ice- Bobsleigh. Bobsleigh is a sport about precision and the use of physics. It begins with acceleration when the crew pushes and runs with the sled for the first 50 meters of the track. Once inside the sled, it’s the pilot’s time to shine. The pilot will guide the sled down an icy shoot by “steering”, using a pair of ropes that are attached to the two front steel runners. It’s important to know when and where to steer. Steering down the track manipulates gravitational force to your advantage, which reduces air drag and friction allowing you to reach your full potential speed. One of the reasons why I fell in love with being a pilot is the gravitational force. It’s a unique feeling that words cannot describe. In some tracks, athletes can pull up to 5G’s, also known as 5 times the gravitational force, which is something that fighter pilot’s often experience.

Some of my proudest moments in this sport came from my first year, the 2018-19 season, where I started off as a brakeman. A brakeman is someone who gives the sled it’s speed- they get the sled going by pushing it at the top before quickly jumping into the back. Once at the bottom, they pull the sled to a complete stop by hauling on the brakes, hence the name “brakeman”. After 2 months of learning how to push a bobsleigh in the ice house, I got to hop in the back of my teammate Jessica Hansen’s sled sometime in mid-October. Later that month I made the provincial team with Alberta Bobsleigh, and at the beginning of November we left for Park City, USA to forerun the North American Cup (NAC). Because of my size, I was given an opportunity to train with the national team there, as the girls needed someone light to help “make weight” for the race. Throughout the rest of the season, I also placed second in our third provincial Alberta race, foreran the Calgary world cup with my teammate Jessica Hansen, and placed first overall for the women’s Alberta finals. My last season I placed second for an interprovincial race finals between BC and AB, my first race as a pilot. This upcoming season i’m looking to compete in more races as a pilot to gain some more experience! If you wanted to know a bit more about me, I was born in a town called Burlington in Ontario Canada, and moved to Calgary when I was less than a year old, and have lived there ever since. Outside of Bobsled, I’m very interested in plants and enjoy propagating succulents, and I like to play the ukulele from time to time. As I grow bigger as an athlete and hopefully grow my platform, I want to bring awareness and educate myself on the genocide of murdered and missing Indigenous women of Canada. When I was in high school, I played rugby, badminton, and also competed in shotput and discus for track. Outside of high school I was a competitive skier for 2 years and now I work as a ski coach in the winter time at Winsport. I am currently going into my second year off of school, as I don’t want to do online school. For the second semester I am hoping to attend UofC for Kinesiology, and if not I’m hoping to begin taking classes in open studies.

Meet the rest of the RockTape Canada team here!