Sports Performance Can Be Improved with Regular Chiropractic Care 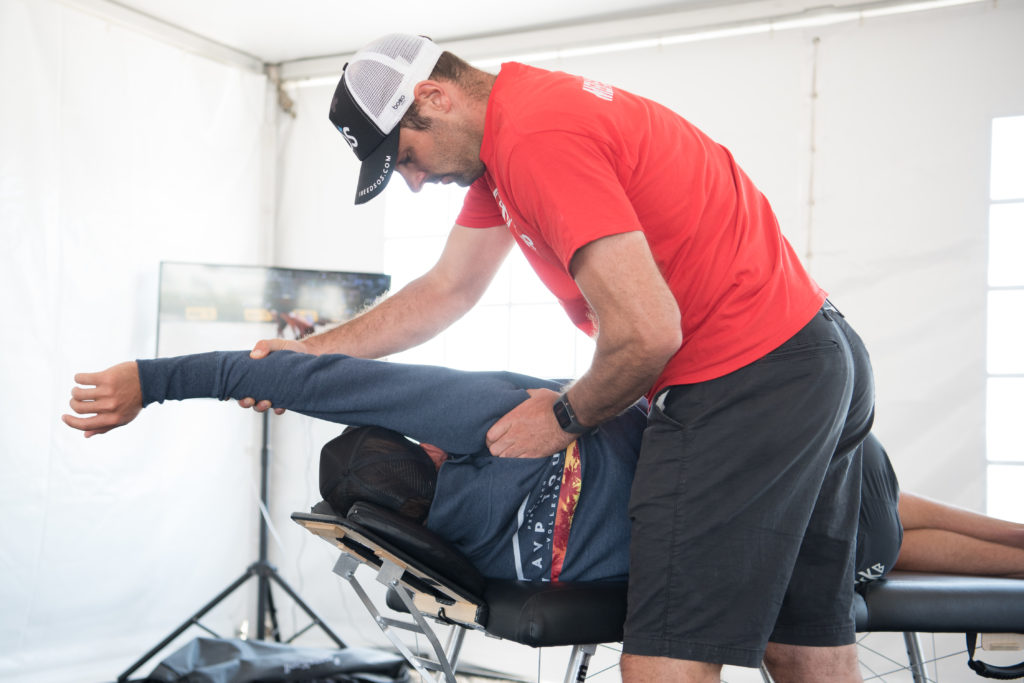 One factor that is relatively consistent among top athletes is their constant desire to improve their sports performance. Additionally, when this performance is hindered in any way, it can have a dramatic impact.

This is something Dr. Steven W. Whitelaw, DC, CCSP, has witnessed firsthand over his past 20 years as chiropractic provider for the Arkansas Razorbacks. In fact, he recalls one rather memorable experience in particular.

“We were about to play our first game at a college world series,” says Whitelaw, “and leaving the locker room to go to my seat, I saw our starting pitcher. He was over by the warm up cage and was very frustrated and distraught. I asked him what was wrong as he was usually very calm and collected before a start.”

The pitcher soon revealed that his wrist was hurting and the pain was so intense it was affecting his ability to throw accurately across the plate. Whitelaw conducted a quick evaluation, adjusted the athlete’s wrist and elbow, and had him throw a couple pitches.

Immediately, the player returned to his normal pre-game self and went on to pitch seven innings, helping the team secure a win. “He found me after and thanked me,” says Whitelaw, “saying if it weren’t for the adjustment, he would have had an awful night.”

While this is just one example of how chiropractic can benefit athletes, Whitelaw says that he and his team at Millennium Chiropractic Sports Medicine and Rehab in Fayetteville, AR. —which includes Dr. Bobby R. Pritchett, DC, CCSP and Dr. David M. Sence, DC, CCSP — have identified seven specific ways chiropractic can boost sports performance.