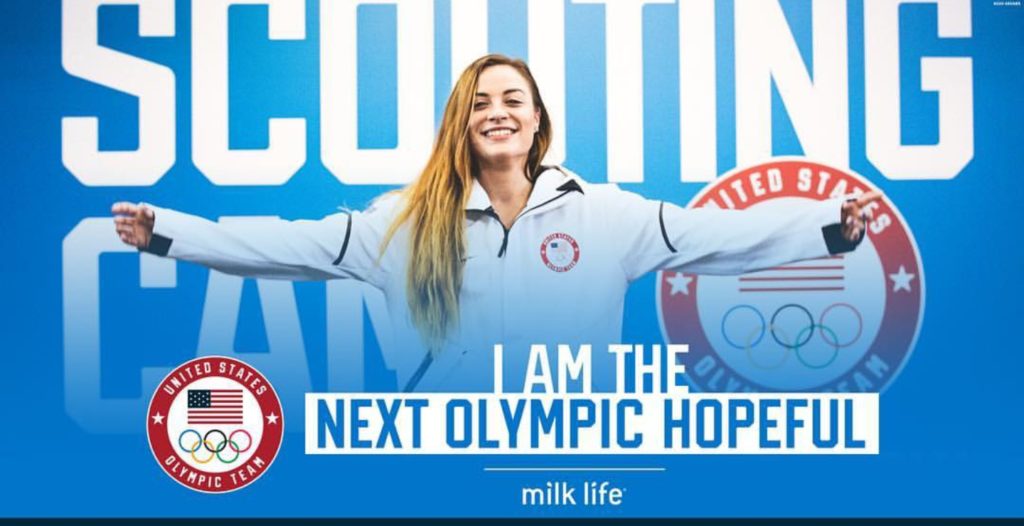 Meet Kayla Caldwell, a multi-talented athlete whose disciplines have ranged from gymnastics to CrossFit to powerlifting. Recently named the Next Olympic Hopeful in weightlifting, the Ohio native was born with fitness in her blood. A five-foot-three powerhouse, Caldwell combines strength and explosiveness with a go-getter mindset that will stop at nothing to achieve her goals.

Caldwell discovered gymnastics at the age of five and calls herself a “die-hard gymnast” as a child. A significant neck injury in the 8th grade, however, forced her to shift to track-and-field as she recovered. The injury crushed her and was very difficult to endure emotionally. Caldwell’s parents, though divorced at a young age, both sacrificed much regarding their daughter’s athletic career. This motivated young Caldwell to always give it her all; she states that she would be dishonoring both them and her if she didn’t “put 100% into every day.”

Caldwell’s career in track-and-field led to a specialization in pole vaulting thanks to her innate sprinting and gymnastic abilities. The high-school athlete quickly rose to the top of her game and set the Ohio high school record in record in pole vaulting. In college, Kayla Caldwell became the first All-American woman in NCAA Division II history to clear 14 feet in an outdoor meet.

Caldwell’s biggest athletic challenge was also the very event that spurred her powerlifting career – the 2016 Olympic Trials. The young pole vaulter finished 15th in her sport and failed to make the American team bound for Rio. She speaks of feeling “heartbroken” and of learning how to believe that she could “still be great” as an athlete. The determined Caldwell playfully and thankfully speaks of finding Olympic weightlifting “by accident” and of how the trials she endured helped get her from one place in her athletic career to another.

In 2017, Caldwell decided she needed a break from track-and-field altogether, albeit temporary. The young athlete had planned to check out CrossFit with some friends for a few weeks and then return to her regularly scheduled training; little did she know it would be love at first lift!

Caldwell quickly embraced the world of CrossFit competitions before trying her hand at Olympic weightlifting. She quickly fell in love with the sport and speaks of being “addicted ever since” (her first Olympic weightlifting competition). Her favorite lift is the snatch — an athletic, explosive movement that challenges the entire body. “Nothing in the world feels like when you catch it [the barbell] in the perfect position,” she muses.

The Life of a Lifter

Caldwell describes herself as “fun-loving, hyper, [and] athletic” with a passion for sports, fitness, music, and dogs. From 5am wake-ups to working in cardiac rehab to couch and coffee time with her dog, she seeks to make the most of every moment available to her. The dedicated athlete spends 3-4 hours in the gym training each day and enjoys hot tea before bedtime as part of her recovery.

RockTape’s family of products have become synonymous in the life of the young powerlifter – “they all hold me together!” the athlete exclaims. Caldwell speaks highly of her red camouflage Assassins; she uses the knee sleeves for every lift and refuses to train without them. Caldwell also uses RockGuards to protect her shins and HookGrip tape to protect her thumbs when her lifts call for it. RockPods and RockSauce are both staples for muscle recovery and keeping the powerlifter looser overall.

Like any good athlete, Kayla Caldwell finds strength and motivation from both internal and external sources. She speaks of simply being “born with the dream of becoming a great athlete” – an undeniable dream that continues to push her from within. Miss Caldwell maintains a close relationship with her family and finds strength in all that they have done to support her. Watching her stepmother battle cancer has had a profound impact on her life and has taught her that “you can’t get moments back or rely on future moments that aren’t promised.”

Caldwell remains a “huge fan” of gymnastics and would love to meet and hang out with Simone Biles – and possibly learn a tumbling technique or two. Caldwell is a fierce and determined athlete whose dreams for Olympic greatness remain intact. The rising powerlifter has set her sights on an Olympic run in either 2020 or 2024 and is actively pursuing pole vaulting again as well.