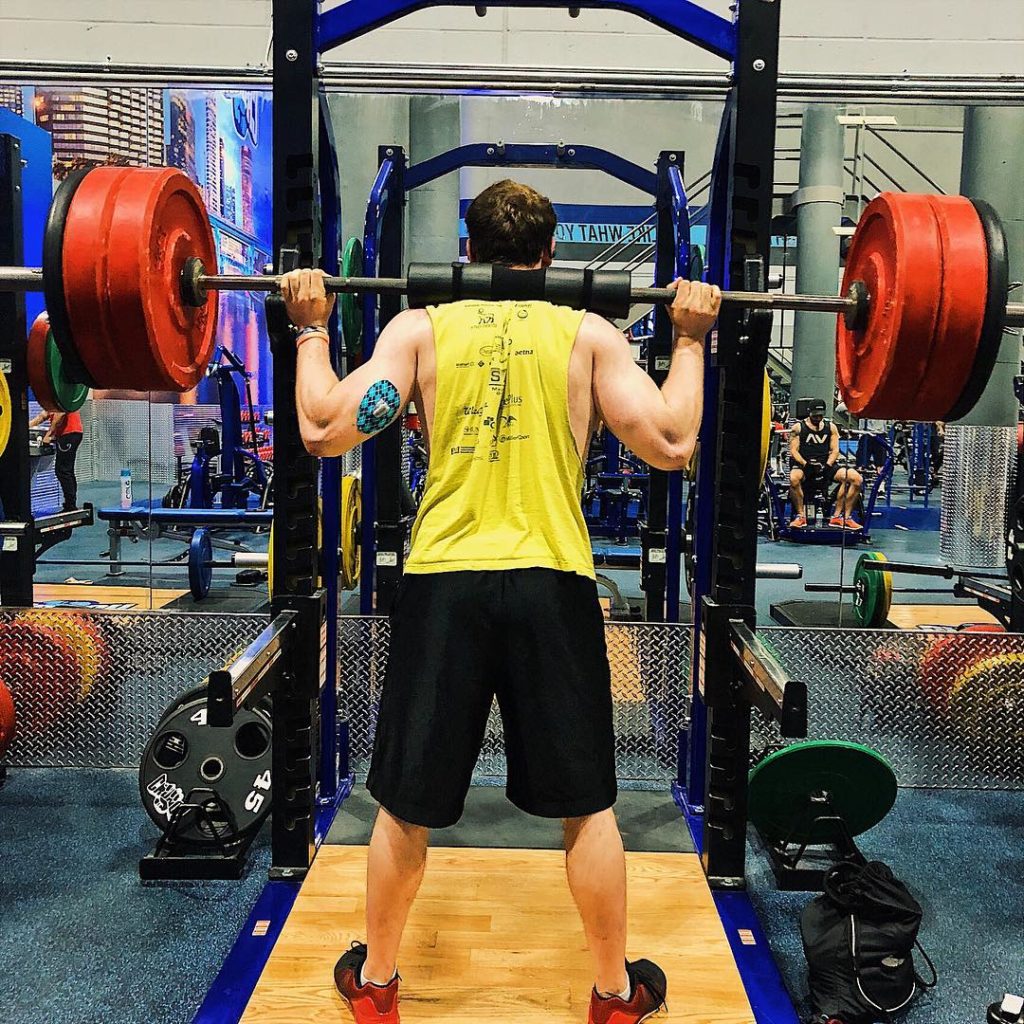 I’ve been living with Type 1 Diabetes (T1D) for a long time.  Over 18 years to be exact.  However, I’ve refused to allow that to stop me from living an active lifestyle. I grew up playing multiple sports through high school, baseball through college, and I fell in love with the training aspect. I began focusing tremendously on how I could get stronger, faster, and more explosive, and I then became a certified strength and conditioning specialist (CSCS) so I could help others do the same.

One constant through my athletic and training career, however, has been the adhesive for my Dexcom continuous glucose monitor (CGM) device that tests my blood sugar every five minutes so I can prick my finger fewer times throughout the day.  As the intensity of my training increased, so did the number of instances in which my CGM would fall off.  Living and training the Florida humidity did me no favors.  I tried various locations on my body– abdomen, lower back, sides – to no avail.  Adhesive sprays? No luck.  Different types of tape that PROMISED my CGM would stay in for at least 7 days? Nada. It became a miracle if a site lasted me beyond a week.

I tried out the RockTape CGM patches for the first time with a rather skeptical mindset, because if nothing had worked thus far, even the products that GUARANTEED my Dexcom would stay in, why would this one be any different?

I was wrong. Very very wrong.

I decided to debut it during leg day, the most intensive workout of the week with gratuitous amounts of sweat.  RockTape didn’t budge.  Tried a workout outside in the heat.  RockTape just scoffed at my efforts to thwart its adhesion.

That first CGM patch helped my sensor last for just over two weeks.  TWO WEEKS. It lasted 12 days before even showing signs of slowing down.

You’re talking to someone that has sweat through IV 3000, Mastisol, skintac, and more.  This tape is no joke.  It leaves zero residue behind on the skin, no redness, and keeps the Dexcom securely in place, so much so that I once caught the sensor on something and the sensor started to yank upwards.  Normally, the tape would go with it – the RockTape didn’t budge. Adhesive gets a 5 stars rating (out of 5) without a doubt.

Application process: Super simple.  Just like any other tape.  Peel off half of paper to reveal the adhesive, stick it around the sensor, then remove the other half.  It fits perfectly around the CGM and requires no extra assistance, unless you are trying to apply it to your arm – even in that instance, I nearly applied it solo on the first try.  While peeling off the paper, you also get to see motivational phrases, which can give your day a boost. 5/5 stars for ease of use.

Colors: Three quality options.  Classic black, beige (for those with fair skin who may want it to blend in), and blue argyle if you want to get a little edgy.  I’d like to see some more options, but let’s be real: they’re likely coming. 5/5 stars.

Price: Extremely competitive, especially given the quality of the product and its ability to stay on and extend the life of the Dexcom sensor (should you choose to do so).  5/5 stars.

I’ve been using the product for about four months, and I’ve used a grand total of….eight patches. Eight.  Including the one that I’m using now. And they are withstanding five intense workouts per week in addition to other physical activity.  It’s incredible!

I can’t recommend this product enough to anyone who has an active lifestyle and has a Dexcom.